Prayer flags (or lung-ta – རླུང་རྟ་ : Wind horse) are special flags usually connected with Tibetan Buddhism. Some say the prayer flags have their origin in the original Bon religion of Tibet.

They come in different sizes, but always in the colours blue, white, red, green, and yellow (and usually in this order). The smaller ones with a string at the top are the most common ones, but often at flag poles you will see the bigger darchog (dar lcog – དར་ལྕོག་: flagstaff).

On the prayer flags there is either a horse (then with wish fulfilling gem and  a garuḍa – ཁྱུང་ (a mythical eagle), a tiger, a dragon and a snow lion in the four corners, sometimes only their name is written) , or a Buddhist deity. Surrounding the central figure are mantras. These are common mantras connected to amongst others: Avalokiteśvara, Padmasambhava and Mañjuśrī.

Contrary to popular belief, the wind does not carry these prayers to the gods, but instead the wind spreads the mantras and in such a way the mantras benefit all the people it comes into contact with. 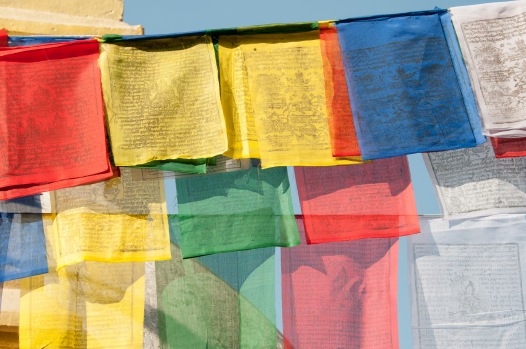 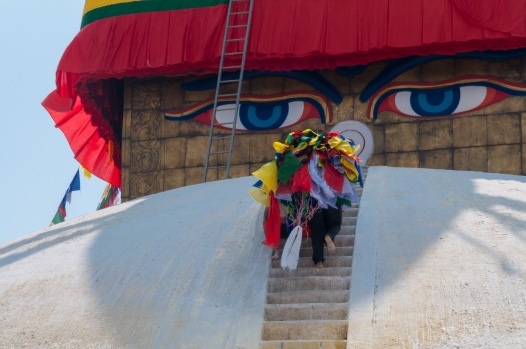 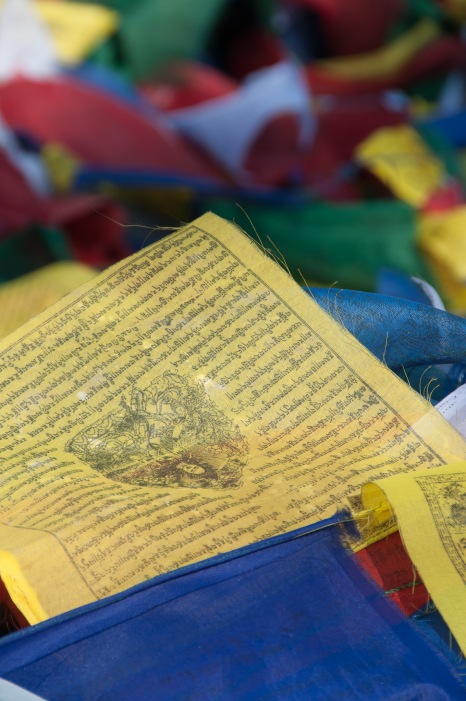 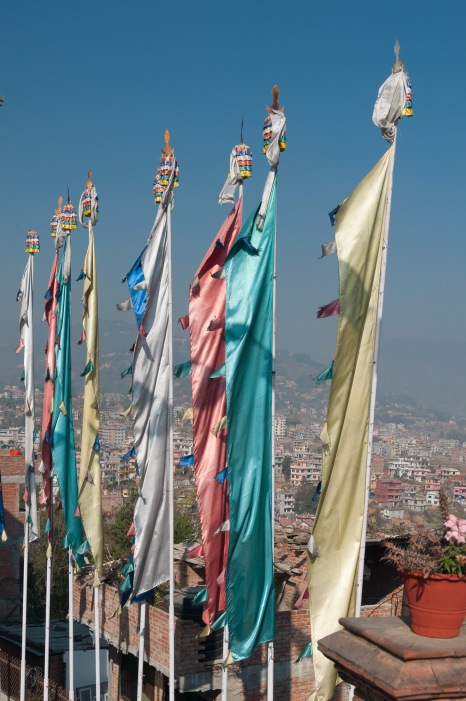 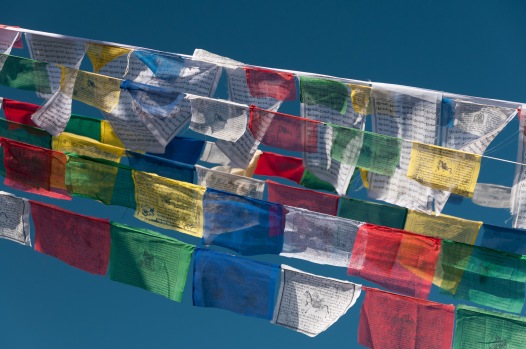 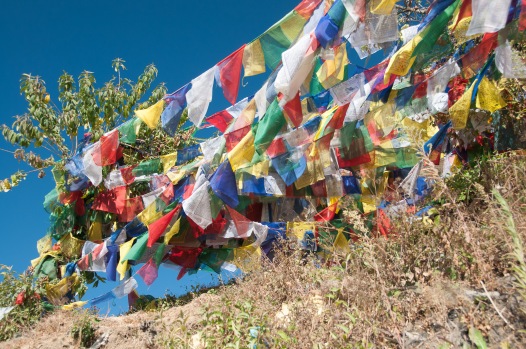 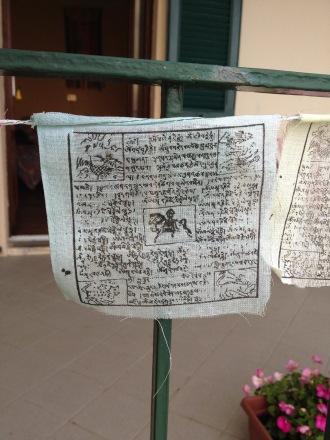 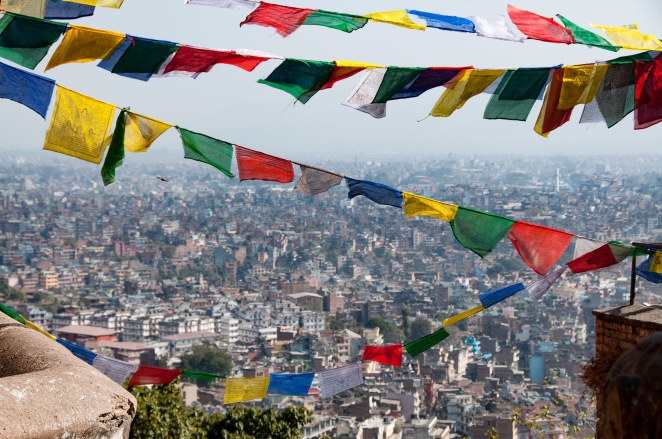