Compassion is nothing if not accompanied by wisdom. According to some Buddhist traditions a person has attained enlightenment when they find the perfect balance between compassion and wisdom. Enlightened wisdom is represented by the Buddha (or sometimes: Bodhisattva) Mañjuśrī. 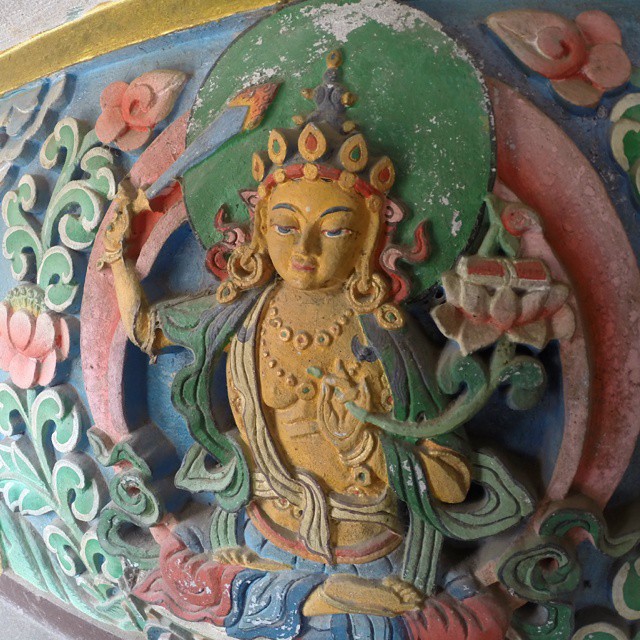 There are many different forms of the wisdom Buddha, but he is usually represented as sixteen year old youth, holding in his left hand at his heart the stem of a lotus flower upon which the Prajñāpāramitā sūtra, the book of ultimate wisdom, rests at the level of his head. In his right hand he holds a sword with its blade ablaze with flames.

The sword might remind you of characters from Game of Thrones, but instead of killing white walkers it is used to cut through ignorance and duality.

Tibetan schoolchildren usually recite his mantra on their way to school repeating the final syllable as many times as possible on a single breath. The picture below is not an traditional painting of Buddha Mañjuśrī, but a piece of street art. The book of highest wisdom is missing. Maybe meditating on this picture would only make you streetwise…?