Kālacakra is made famous by the mass initiations in the west by His Holiness the Dalai Lama.

The teachings supposedly took place in Dhanyakaṭaka (Present day Amaravati అమరావతి in Andhra Pradesh). Of the stūpa build by King Aśoke in the second century BCE now only a ruin remains (Pictured below – February 2005). 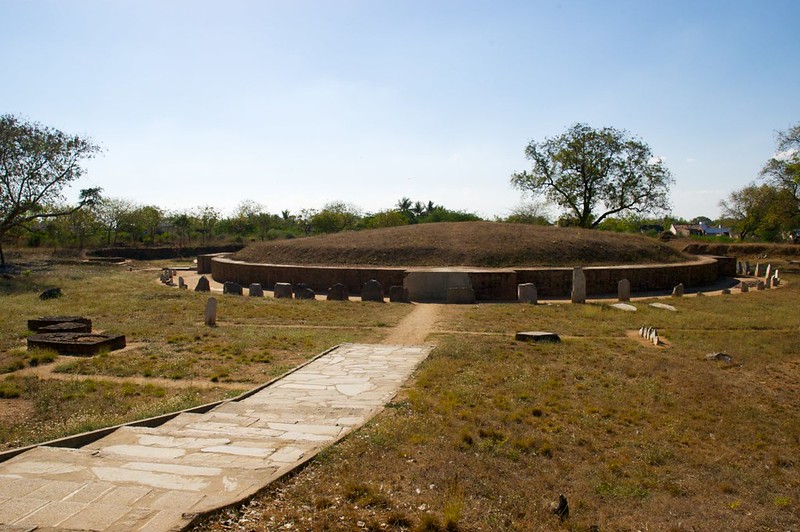