It was in Bodhgaya in India that the Buddha decided to sit underneath a Peepul tree (Later Bodhi Tree) and to not get up until he found a way to end suffering. He sat there for three days and three nights and according to legend defeated Māra, turning arrows into flowers. The defeat of Māra represents the Buddha’s victory over his disturbing emotions freeing him from samsāra (Sanskrit: संसार , Tibetan: khor ba ཁོར་བ་) or the cyclic wheel of existence. 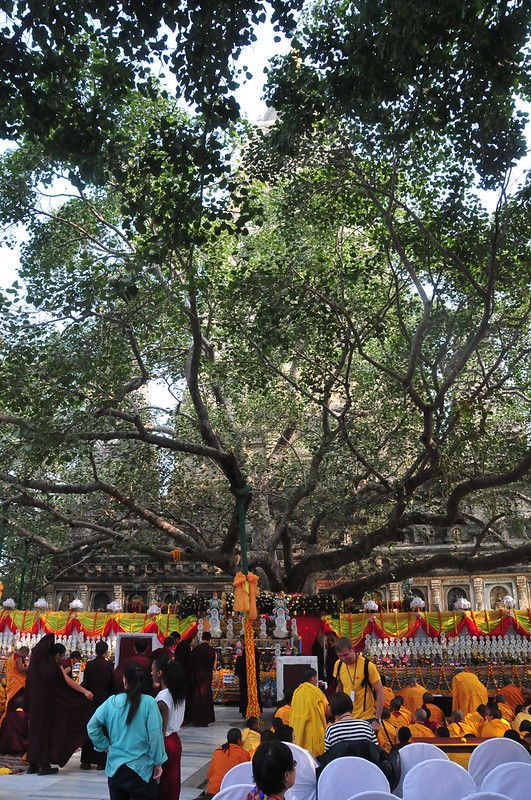 It is underneath this tree in Bodhgaya that the Kagyu Monlam (བཀའ་བརྒྱུད་སྨོན་ལམ་ – Prayer Fesitval) takes place, usually in the presence of great masters such as His Holiness the Karmapa, head of the Kagyu School of Tibetan Buddhism. The picture above was taken during the Monlam in December 2013. Monks, nuns and lay people from all over the world await the arrival of His Holiness the Karmapa and the other rinpoches.