The construction of the Erawan Hotel was plagued by mishaps: Delays, injuries to construction workers, cost overruns and the loss of an entire shipment of marble, to name but a few.

According to an astrologer the foundation was placed on the wrong date and the bad karma from this was causing all the problems. The statue of Phra Phrom – พระพรหม (a Thai representation of the god Para Brahma(n) – परब्रह्म or Brahmā) was enshrined and the construction continued on the hotel without any further problems.

The hotel has since been demolished to make room for the Grand Hyatt Erawan Hotel.

Brahmā in Buddhism is a type of deity (deva) and in Thailand the god is seen as a granter of good fortune and protection. The devotees bring offerings such as incense, candles, flowers and coconut milk. Also carved wooden statues of elephants are offered. As the four-faced god likes Thai classical music you can also pay a group of dancers and musicians who will perform to the delight of the deity.

Although most of this on the surface resembles Hinduism and the Erawan Shrine is visited by both Buddhists and Hindus, one has to remember that Buddhism is always coloured by the local culture. Elements of Thai culture may seem very much Hindu in flavour, most Thai people will consider themselves a Buddhist.

When I visited the Erawan Shrine in 2012 it provided a spiritual oasis within an area filled with 5 star hotels and expensive shopping malls. The dancers were performing to the traditional sounds and people where offering candles and incense to the deity while statues of elephants around the shrine calmly looked at both devotees and tourists. 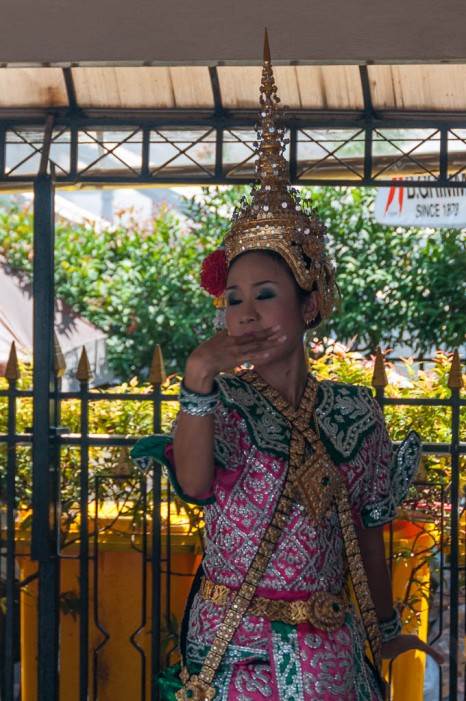 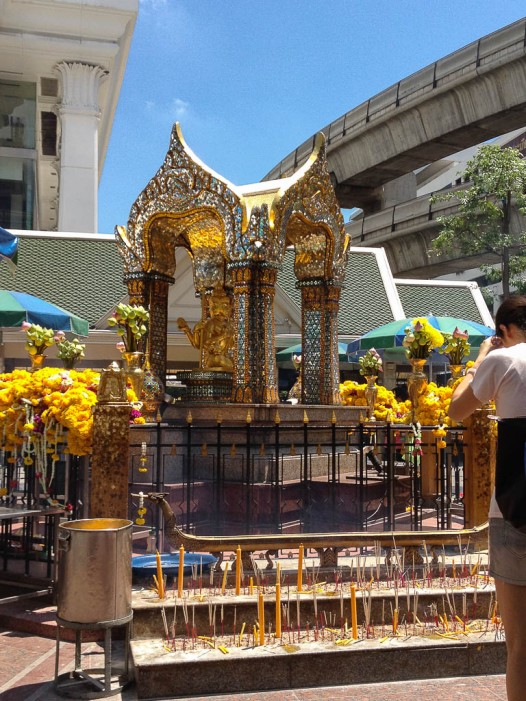 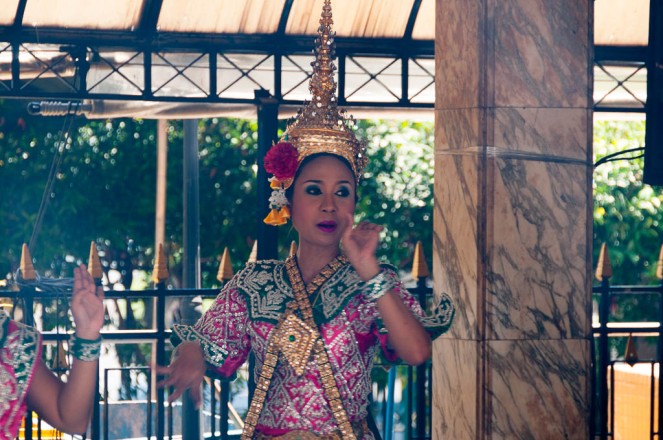 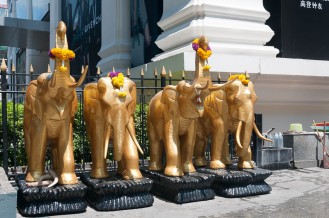 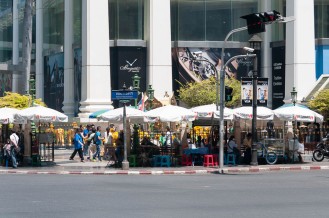 On August the 17th 2015 at 18:55 local time, an explosive device was detonated at the grounds of the shrine killing 25 and injuring over a 100 people. The statue suffered minor damage.