It is said that the Buddha had two eminent gurus after he had left his home and after a while he surpassed them both. After that he followed a path of extreme asceticism. A popular belief was that the body gets in the way of spiritual development and that by starving the body the mind is able to gain a higher level of realisation. For a while the Buddha survived on a grain of rice per day and spent his time meditating and contemplating. 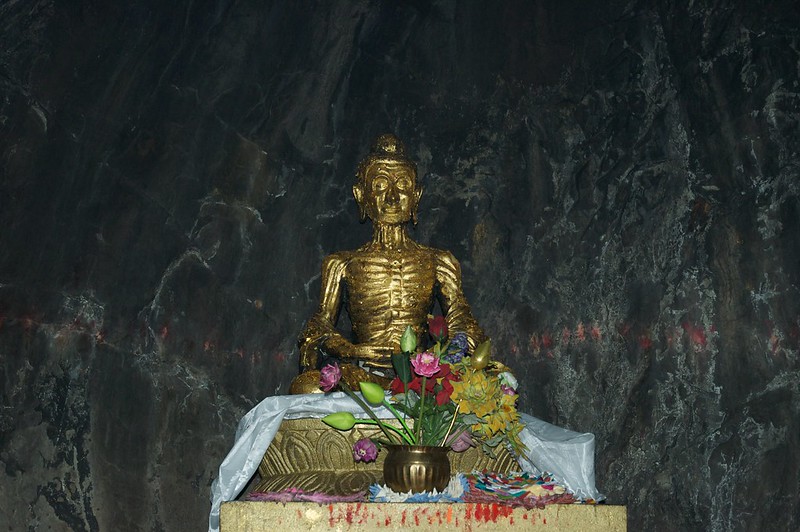 This is a statue of the Buddha as an ascetic at the Dungeshwari cave in Bihar, also known as the Mahakala cave, located a short distance away from Bodhgaya. (Picture taken in February 2005)