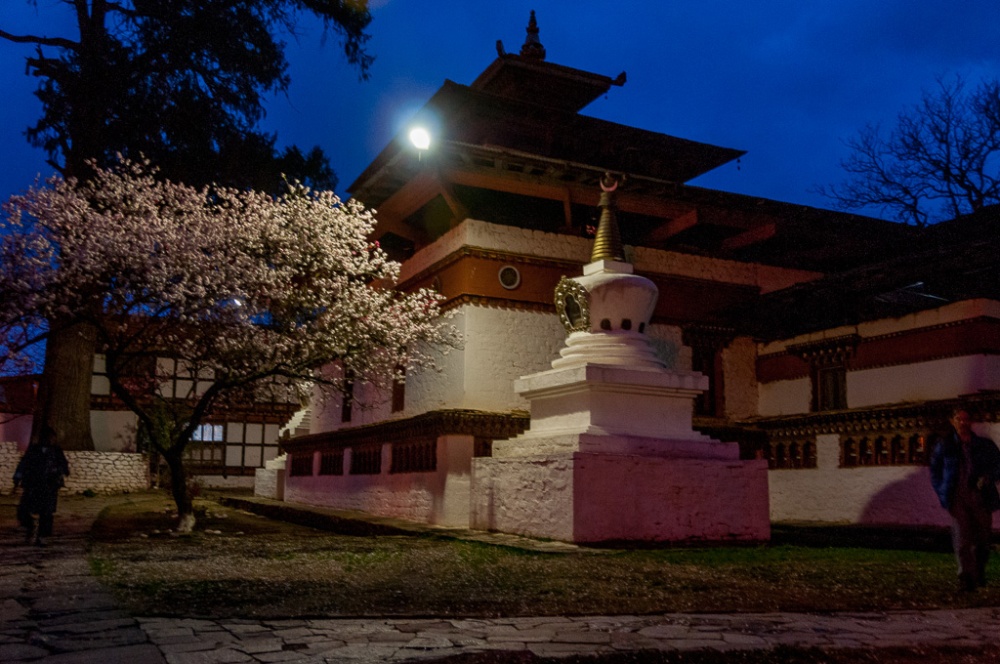 Not too far from Paro (སྤ་རོ་) is the oldest temple in Bhutan. Dating back to the 7th century C.E. (common era), the temple (lha khang) has been in constant use.

The floor boards inside the lha khang have the foot prints of very diligent practitioners prostrating to the altar to venerate the Buddha where over time an indentation of their toes has formed as to bear witness to their devotion.

Within the courtyard is a stūpa also dating back to the 7th century C.E.

The trees outside in full bloom add a lovely smell to the incredibly peaceful atmosphere surrounding Kyichu lhakhang. 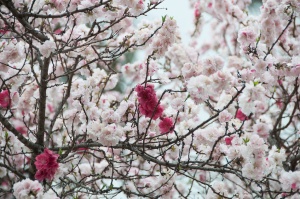 King Songtsen Gampo (སྲོང་བཙན་སྒམ་པོ་) built the temple as a way to overcome the giant demoness who was preventing the spread of Buddhism in Tibet and the Himalayas. King Songtsen Gampo built 108 temples on all the points of her body, twelve of those (including Kyichu lhankhang) on very precisely planned locations, with Kyitchu Lhakhang firmly pinning down her left foot. Number thirteen, built over the demoness’ heart is in Lhasa.

King Songtsen Gampo is supposed to have initiated the Buddhist tradition in Tibet and for having his ministers develop the Tibetan script. The same script is used in Dzongkha (རྫོང་ཁ་) the official language of Bhutan, closely related to Tibetan.